The goal was to stay below a maximum budget of € 250.- (without remote control, charger, FPV goggles and video receiver). One “must have” was an affordable FPV equipment and GPS assisted flight modes. Sure, GPS on an FPV racer is an absolute no-go, but if you take a look at that ugly bird you would not say it’s a racer ;-)

The most challenging task was to find the right flight controller and the best firmware to use. Without any knowledge or experience I had to choose between a NAZA, a Naze32 and Arducopter/APM.

I did a lot of web research and then I’ve chosen the Naze32 with cleanflight. I knew that GPS assisted flight modes have not been implemented into cleanflight but it seemed the most flexible flight controller platform. Cleanflight was very easy to set up and I was pretty fast in getting ready for my first test flight.

As iNav improved many more features and FCs became available. Today the quad is upgraded to an *RMRC Seriously DODO F3* flight controller and it's flying incredibly smooth using it in ALT & POS hold its ridiculous easy to control!

When I first read about iNav I installed the very early version iNav 1.0.1 and was convinced at the first flight! GPS was working out of the box and position hold was very impressive! Using later versions of iNav many things have been improved: PID controller, missions, auto-land, filter, etc.

On the RC side I’ve got a Taranis X9D+ which also was a very good choice. With openTX it has endless technical possibilities and the D-series receiver have 16 channels and a telemetry channel back.

The fatshark goggles have been way to expensive for a quick try! I bought the very(!) cheap Quanum DIY FPV Goggle with an affordable Quanum sender/receiver combination. No raceband but who cares ;-) The video quality was poor, the range much to short and I found out pretty quick that the antennas have been crap. Some circular antennas did the trick! 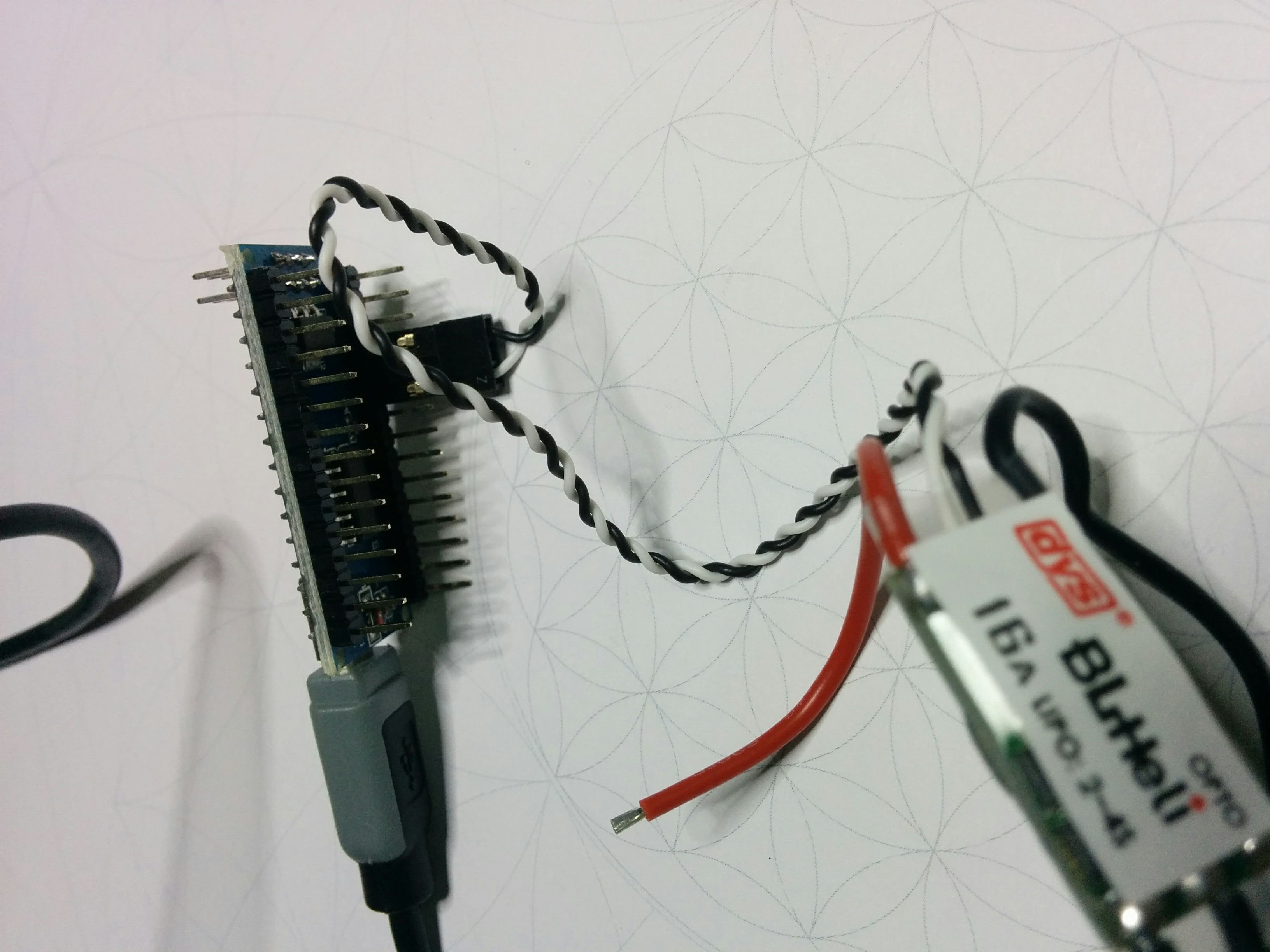 For ESCs there have been two systems out there: BLheli or SimonK. I’ve chosen to re-flash the SimonK ESCs with BLheli by unsing and Ardoino. This was also a good choice, everything ran out of the box and I’ve never had troubles with ESC or motor control. Btw: Today I’m using BLheli-S

For taking off you need some other equipment but this is reusable with other copters: 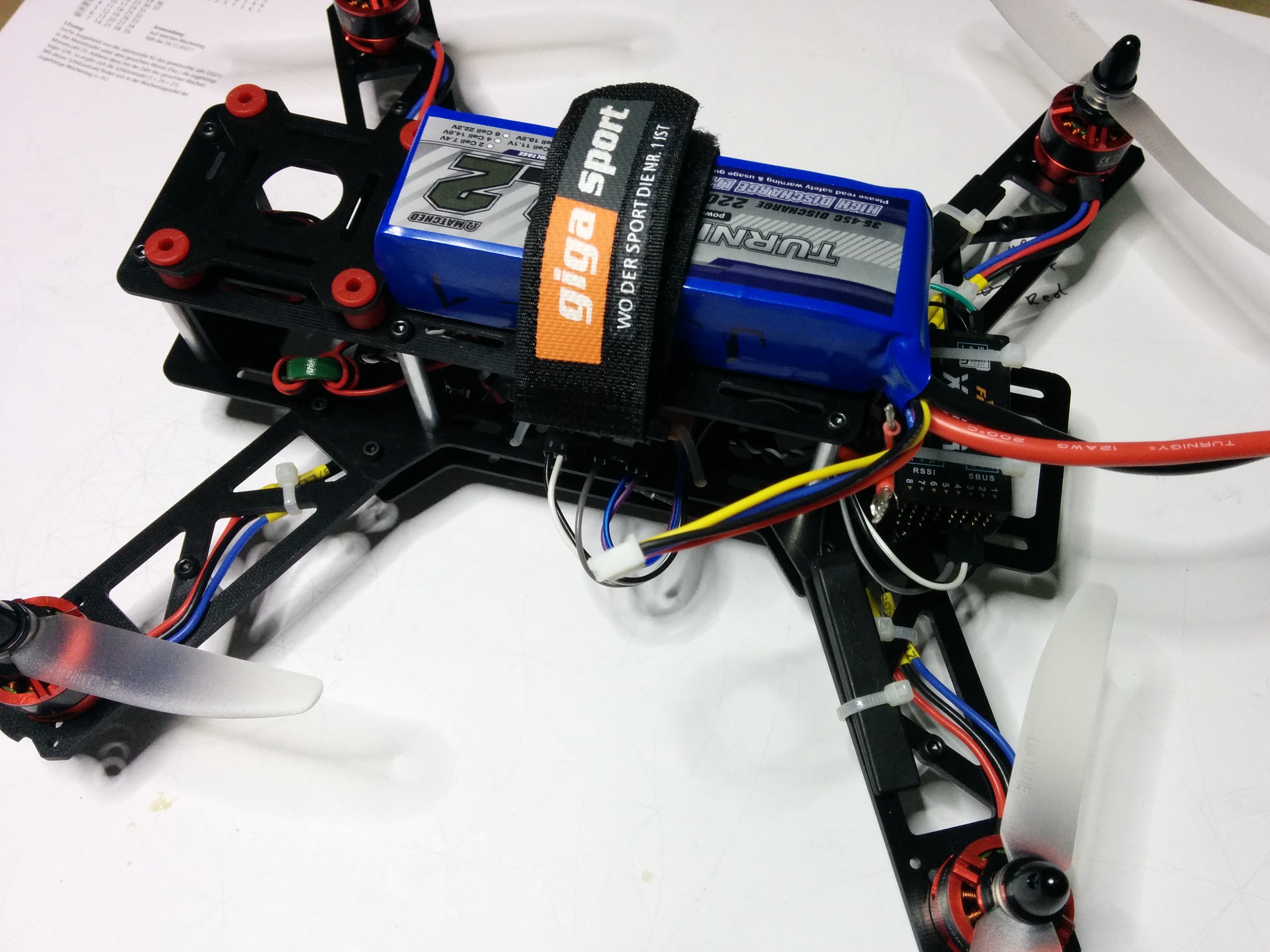 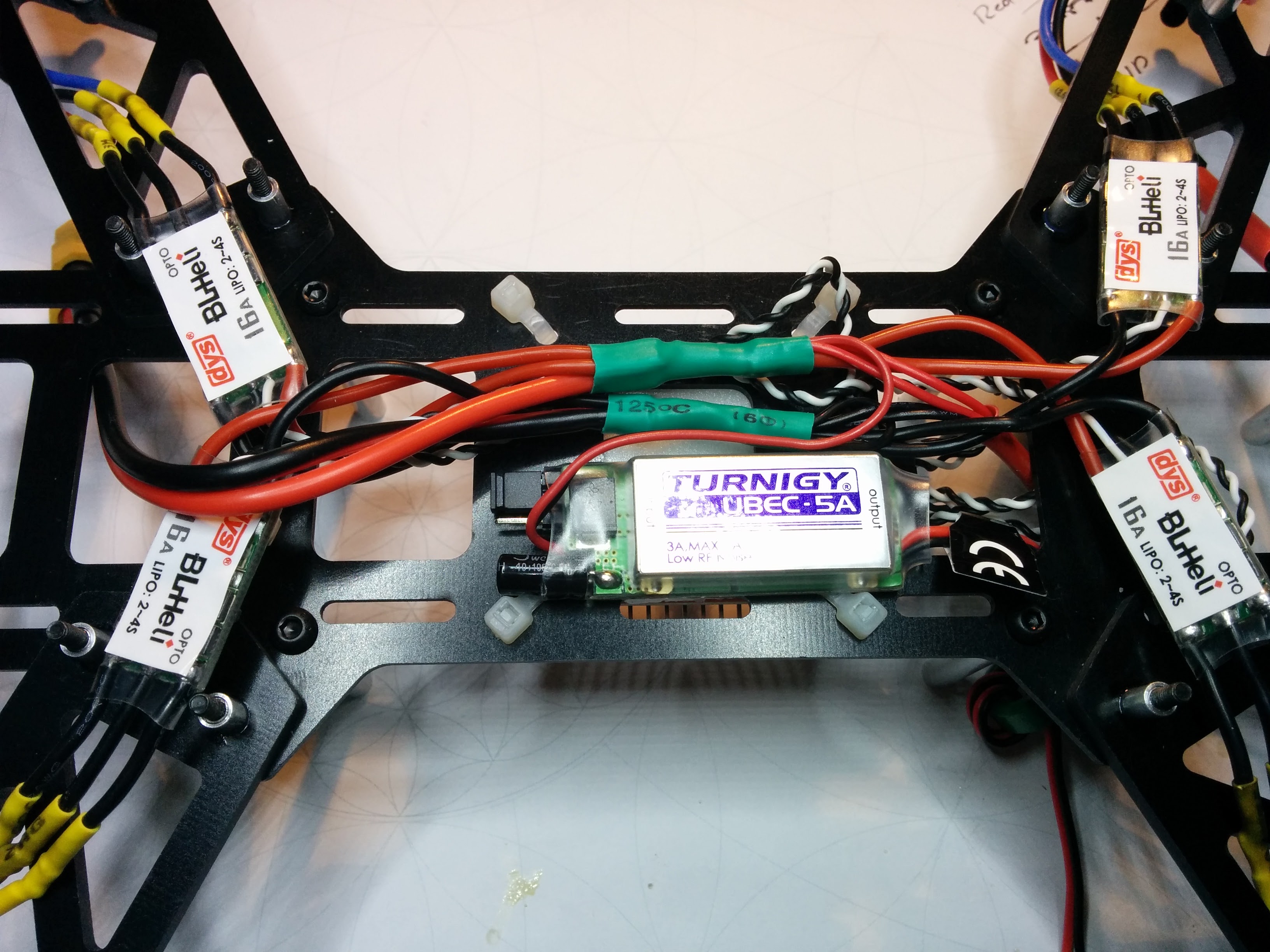 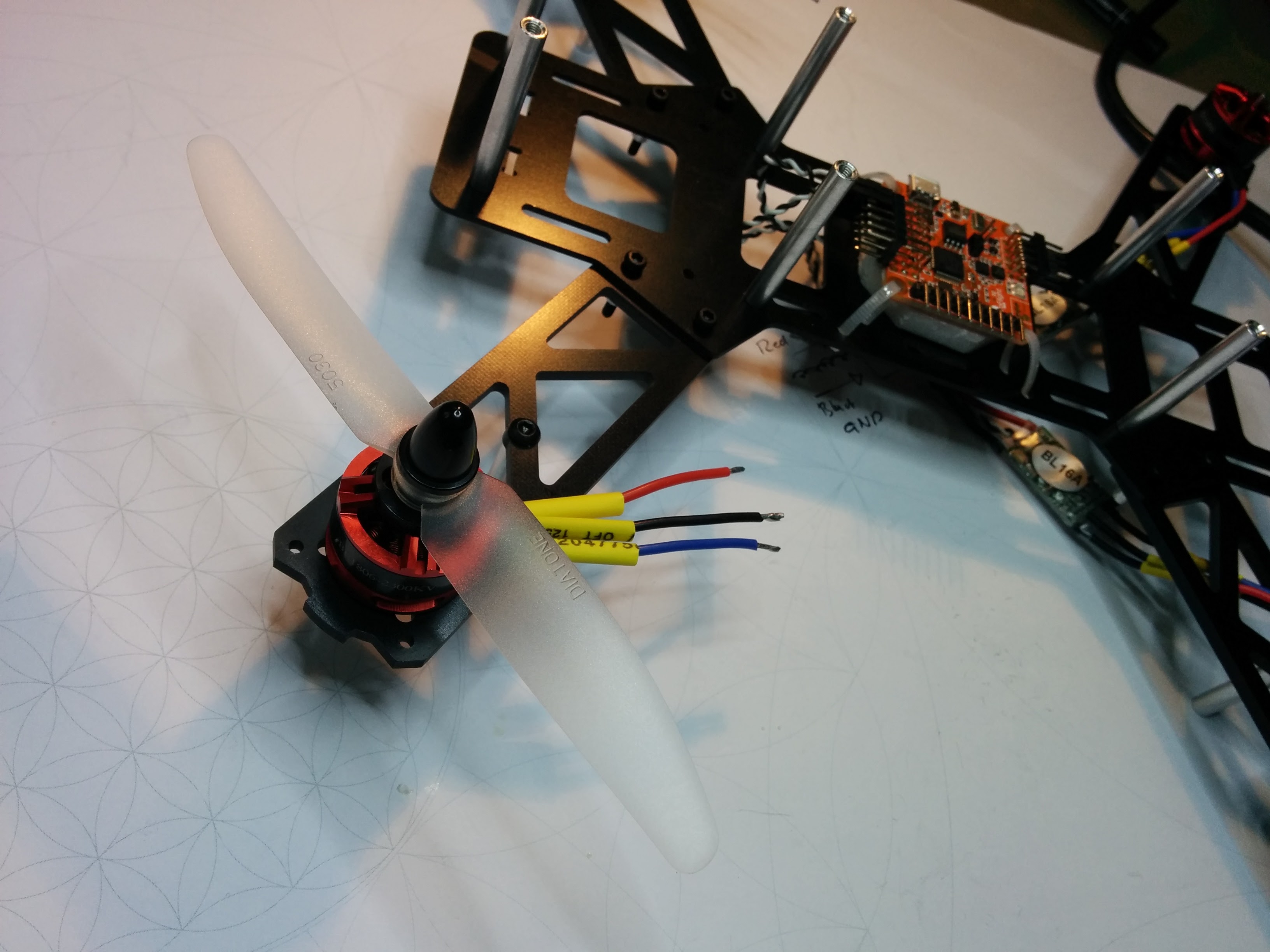 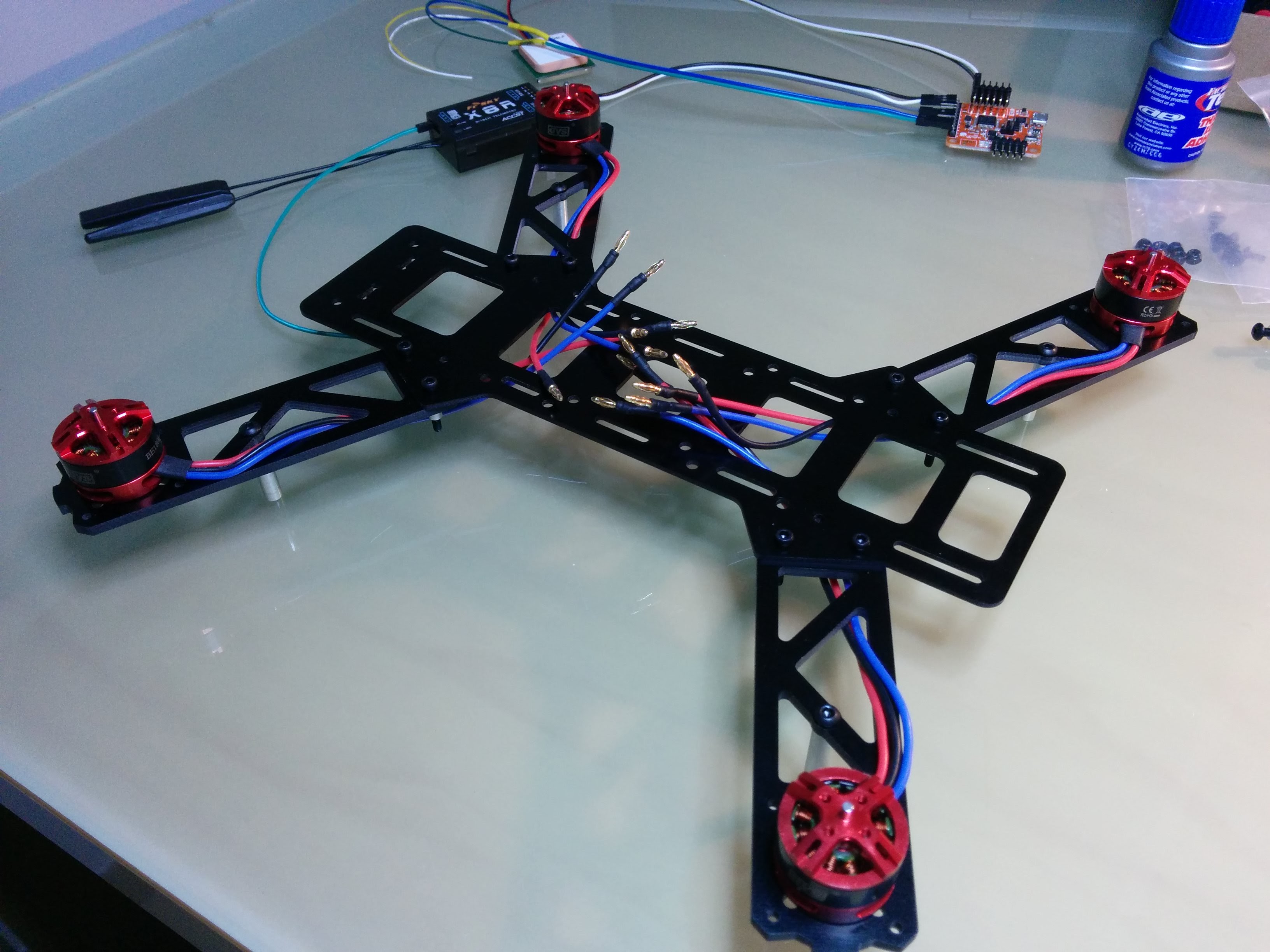 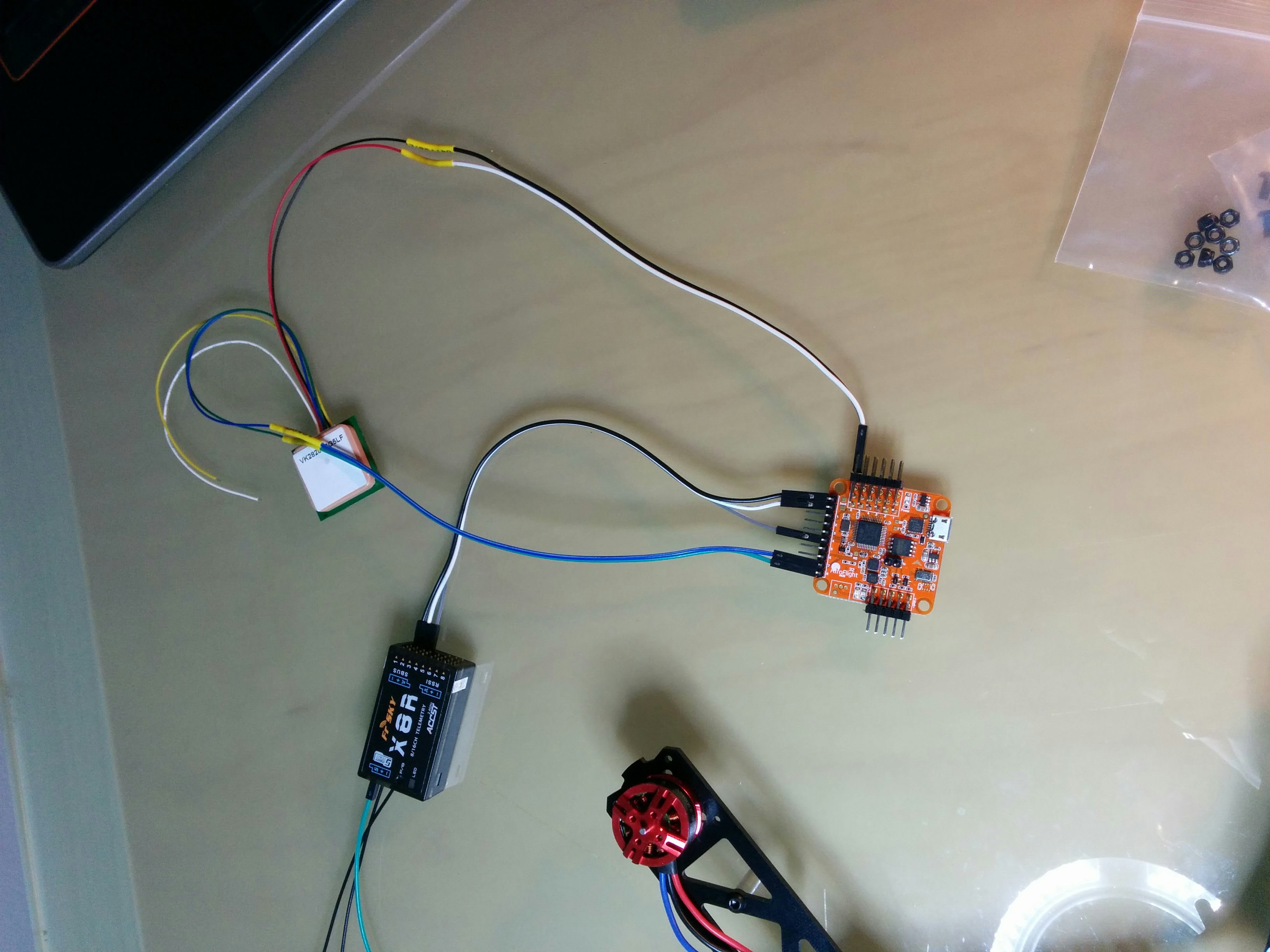 The first flight was more than OK! I’ve worn some propellers but the frame is still OK and the bird won’t get lost ;-) 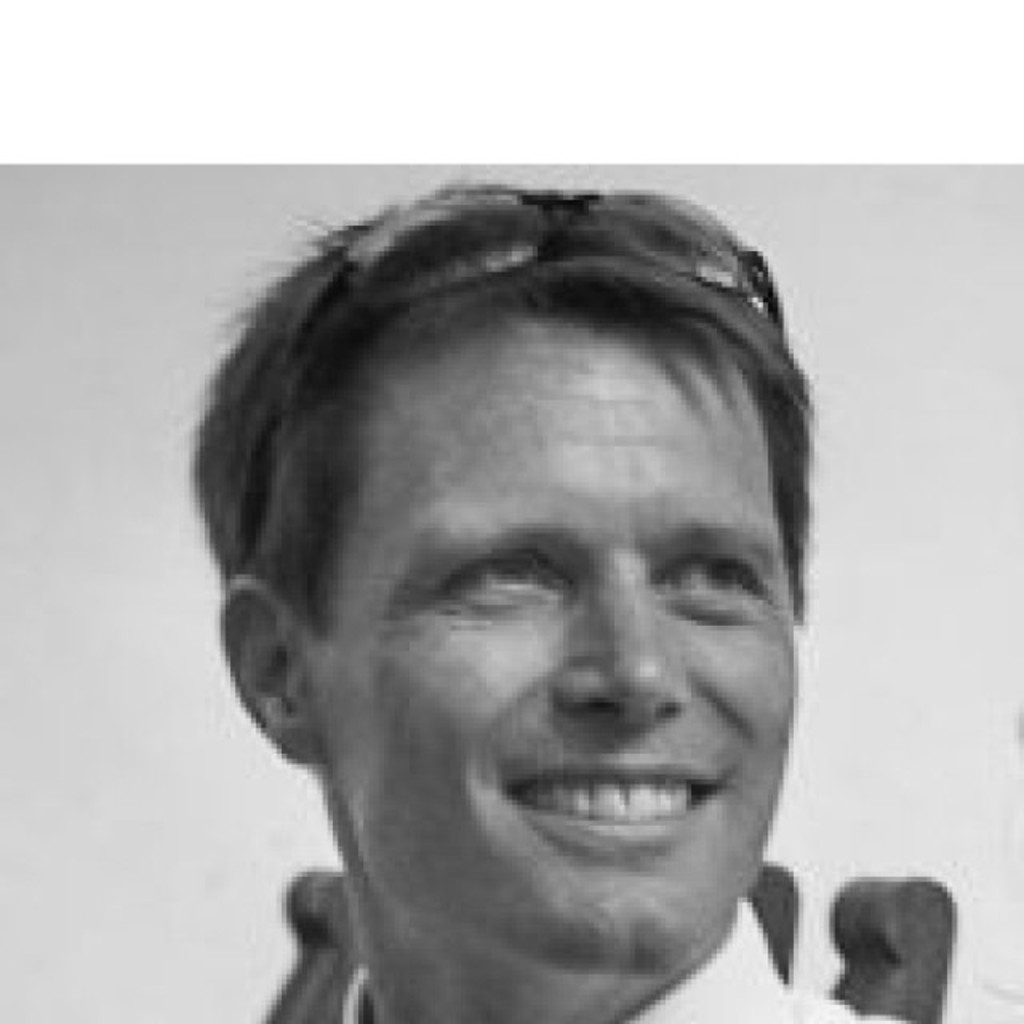